Your Guide to the Ballet Coppélia 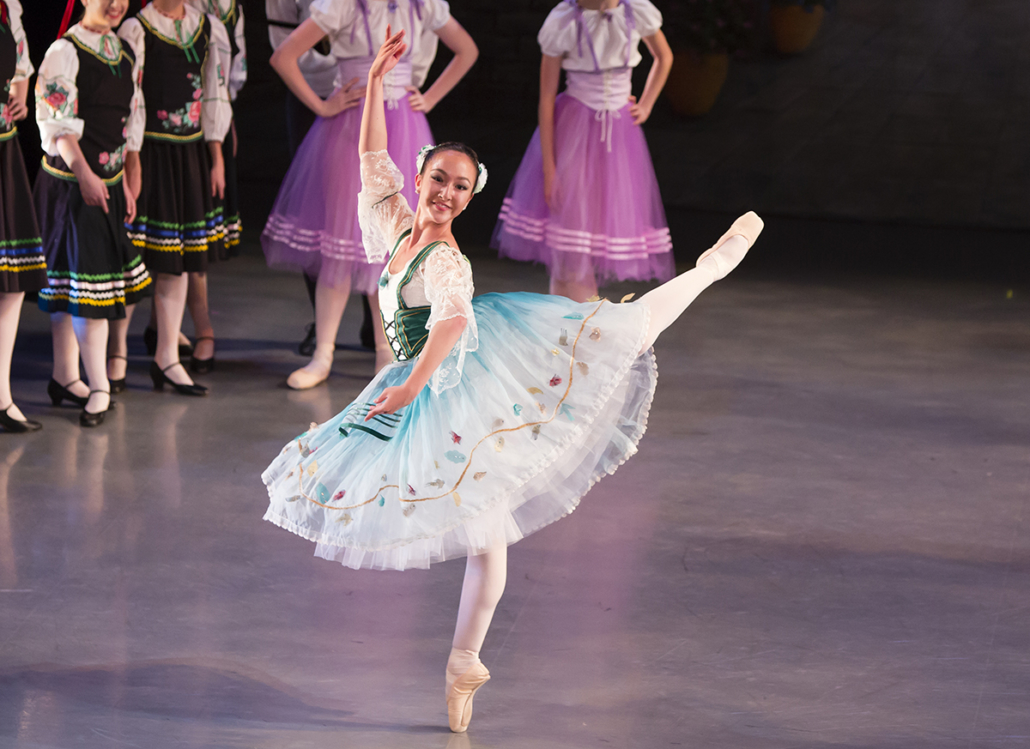 Before we get to the who, what, and when of Coppélia, here are some fun facts about the ballet!

The Story of Coppélia

Coppélia is a lighthearted romantic ballet that features comedic elements. It tells the story of a mysterious inventor, Dr. Coppelius, who created a life-sized doll who he wishes to bring to life. A young villager, Franz, who is set to be married to the prettiest girl in the village, Swanilda, falls in love with the doll and breaks off the wedding. Dr. Coppelius plans on using Franz’s love for the doll to help bring her to life, but Swanilda has other plans and sets out to save her lover.

Coppélia starts off with a village celebration. The entire village is celebrating the arrival of a new bell in town. It has been announced that when the bell arrives at the village, anyone who gets married under the bell will receive a wedding gift of money. Swanilda and Franz, two young lovers, plan to get married along with several other couples in the village.

Before the wedding, Franz notices a beautiful woman sitting in the balcony of a nearby building that belongs to the mysterious Dr. Coppelius. The woman does not speak or move, but Franz loves her for her beauty. Swanilda becomes annoyed at Franz’s obsession with another woman and breaks off the wedding.

After the wedding is called off, Swanilda vows to learn more about this mysterious woman known as Coppélia. To do this she must enter the house of Dr. Coppelius. Meanwhile, Franz is determined to meet Coppélia and gets a ladder to climb up to the balcony.

The second act begins with Swanilda entering Dr. Coppelius’ house with her friends. Once inside Swanilda discovers what appears to be a bunch of people standing around motionless. Upon closer inspection, they discover that the individuals aren’t people, but are instead dolls. Dr. Coppelius returns, finds the young girls broke into his house and kicks them out.

Shortly afterward, Dr. Coppelius finds Franz climbing the ladder to meet Coppélia. He invites Franz inside. Franz accepts the invitation but doesn’t realize that Dr. Coppelius is planning on conducting a magic spell that will bring Coppélia to life. To complete the magic spell, a human sacrifice needs to be made and Dr. Coppelius plans on sacrificing Franz.

Swanilda, who didn’t leave the building but instead hid, discovers Dr. Coppelius’ plan and works to save Franz. She decides to pretend to be Coppélia by dressing like her. While walking around as a real-life Coppélia, Swanilda saves Franz by using the other dolls to help them escape the building.

The second act ends with Dr. Coppelius discovering a lifeless body of the doll Coppélia. He is saddened by the fact that the doll he thought was alive has now become lifeless.

The final act ends with Swanilda and Franz getting married. The entire town celebrates the marriage by joyfully dancing.

Top 10 Ballet Movies You Need to Watch
Scroll to top