Your Guide to A Midsummer Night’s Dream

Shakespeare’s iconic tale A Midsummer Night’s Dream has a lot going on, and we mean a lot. From fairies and a spell-bound donkey, to a love square, Ballet Arizona is here to break it down for you! 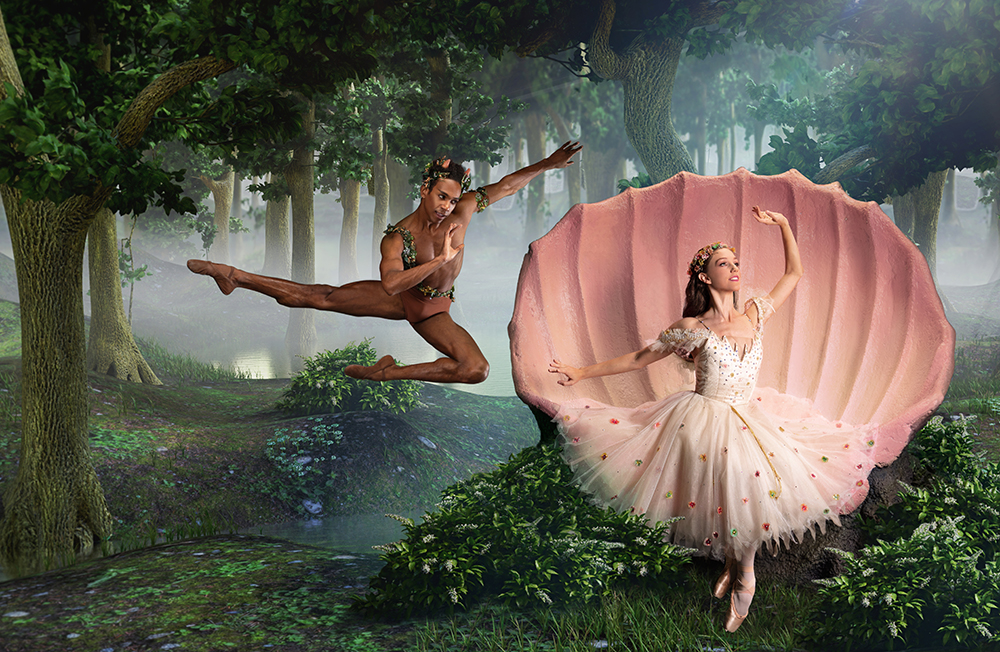 Before we tell the story, we are going to give you a quick intro to all of the characters, which can be broken-down into three groups.

First up, the fairies! Oberon and Titania are the King and Queen of the Fairies, who are currently in a feud over a changeling child. We also have Puck, a mischievous sprite, who weaves all sorts of comedic trouble for everyone.

Next up, the people of Athens. We briefly get introduced to Theseus, the Duke of Athens, and his bride-to-be, Hippolyta, the Queen of the Amazons. We also meet the two couples, a.k.a. the love square, which are Hermia and Lysander, who are very much in love with each other, and Helena and Demetrius. The problem here is that Demetrius is also in love with Hermia and Helena is madly in love with Demetrius.

Last but not least, we meet a group of actors, Bottom, Flute, Snout, and Snug, who are rehearsing a play that is to be performed at the wedding of Theseus and Hippolyta.

Hermia, Lysander, Helena, and Demetrius are all gathered together in the forest just outside of Athens. At her father’s request, Hermia has been betrothed to Demetrius, who is in love with her, however, she refuses to marry him as she is in love with Lysander. Hermia asks Theseus, the Duke of Athens and his fiancee Hippolyta, the Queen of the Amazons, to instead let her marry Lysander. However, Theseus and Hippolyta order her to obey her father’s command.

Unhappy with the decision, Hermia and Lysander run off into the woods. They aren’t alone though. Demetrius, who is determined to make Hermia love him, follows after them. Demetrius is in turn followed by Helena, who is infatuated with him and can’t understand what charms Hermia possesses to have completely captivated him.

Somewhere in the forest, actors Bottom, Flute, Snout, and Snug meet to rehearse a play that will be performed at the wedding of Theseus and Hippolyta.

In the land of fairies, Titania and Oberon, King and Queen of the Fairies, are in a feud over a changeling child. Oberon wants the boy to be his attendant and is bitter that Titania dotes on the child and refuses to part with him.

Oberon gathers his court and wishes revenge on Titania. He orders Puck to bring him the flower pierced by Cupid’s arrow, which causes anyone coming under its influence to fall in love with the first person the eyes behold. While in the forest, Oberon and Puck observe Demetrius and Helena quarreling, as Helena continues to declare her love for Demetrius, much to his dismay.

Back in the land of fairies, a group of fairies gather around a sleeping Titania. They wake her, dance, and then lull her back to sleep.

Meanwhile, the actors rehearsing the play are dysfunctional and cannot agree on how the show is to be performed. Oberon sees the actors and grabs Bottom, putting a donkey’s head on him. Oberon leads Bottom to where Titania is sleeping and squeezes the flower potion onto her eyes. Titania wakes and falls madly in love with the donkey. But then, feeling pity for Titania’s pathetic love for the donkey, Oberon uses the flower again to release her from the spell.

Demetrius and Helena return, still quarreling. Oberon sees this and orders Puck to mend the situation and use the flower to make them fall in love.

Puck, eager to carry out Oberon’s order, sees Lysander and Hermia asleep in the forest. He mistakes Lysander for Demetrius and squeezes the flower over Lysander’s eyes. Helena happens upon the couple, when Lysander wakes up and becomes enamored by her and runs after a confused Helena. Hermia wakes up from a distressing dream of being wrapped in snakes, to see that she has been left all alone.

Demetrius enters the scene and declares his love for Hermia. Hermia, exasperated because she has no feelings for Demetrius, leaves to search for Lysander.

Oberon observes the couples and realizes Puck’s error in mistaking Lysander for Demetrius. As Demetrius falls asleep, Oberon squeezes the potion into his eyes. Suddenly, Helena and Lysander enter and wake Demetrius, who in turn immediately falls in love with Helena at first sight. Hermia finds everyone and is in shock when Lysander declares he no longer loves her.

A fight ensues between Demetrius and Lysander, both vying for Helena’s affection. Oberon and Puck interfere, casting a deep fog over the lovers, who fall asleep in the confusion. When they wake, Demetrius is in love with Helena and Lysander with Hermia.

After finding the young couples in the woods, Theseus and Hippolyta, declare a triple wedding for themselves, Demetrius and Helena, and Lysander and Hermia. At the wedding, the group of actors come together for the play, which enacts the tragic story of Pyramus and Thisbe, two young lovers who die during a clandestine meeting. When the celebration ends, Oberon and Titania, now reunited and at peace with each other, retreat back to the land of the fairies. 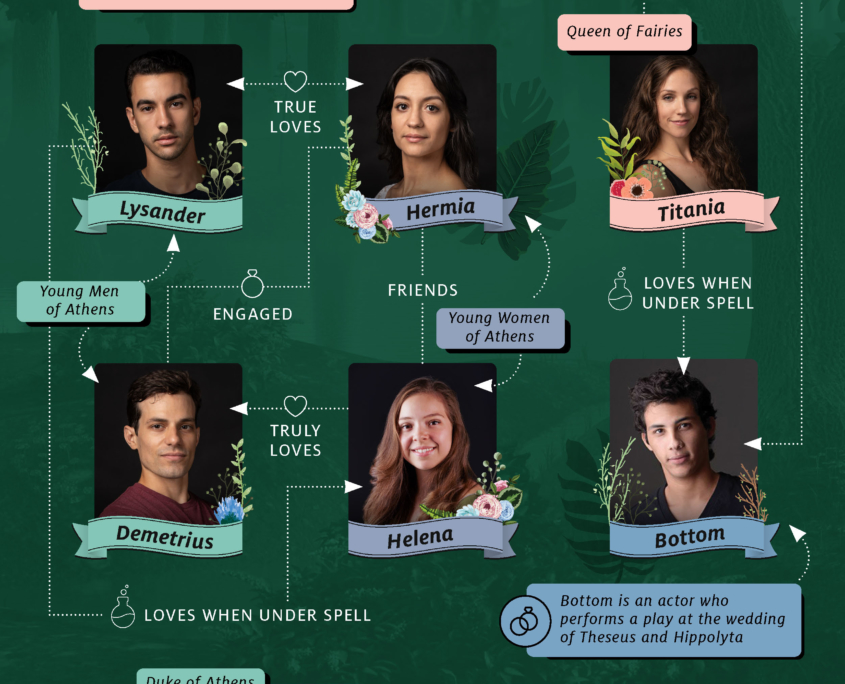 Click here to get your tickets!
The last comment and 208 other comment(s) need to be approved.
1 reply

A Day in the Life of Ballerina Ana Maria Spear

The Composer Series: A Look at Mendelssohn
Scroll to top