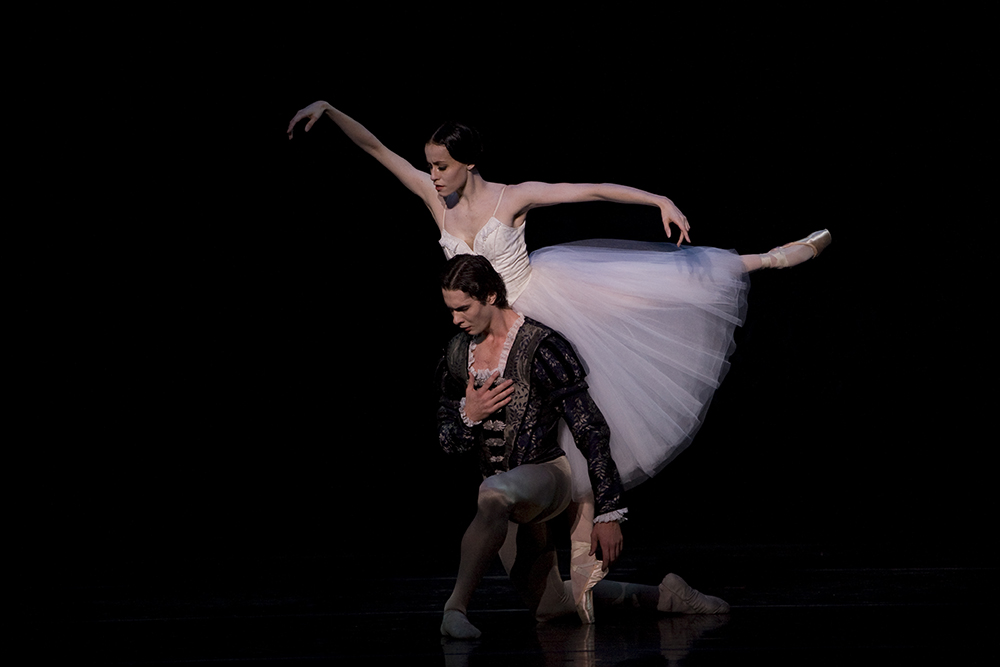 The Synopsis Of “Giselle”

Autumn brings the grape harvest to the valley where Berthe lives with her daughter, Giselle. Giselle is an innocent girl who, despite having a weak heart, loves to dance. A cottage nearby is newly occupied by Loys, a peasant farmer who makes no secret of his romantic intentions toward Giselle; this to the fury of the village forester, Hilarion, who also loves her. Hilarion is suspicious of the mysterious Loys and tells Giselle as much, but she dismisses his warning.

During preparations for the harvest celebration the Duke of Courtland and his hunting party enter the village. In the group is the duke’s daughter, Bathilde. Giselle proudly tells
Bathilde she is engaged to Loys. Bathilde reveals that she too is betrothed, and presents Giselle with the gift of a necklace. While the duke and his daughter rest in Giselle’s cottage, Hilarion steals into Loys’ home. There he finds a sword bearing a royal crest: the sword of a nobleman.

As the celebration begins Giselle is crowned Queen of the Harvest. But Hilarion interrupts the festival to expose Loys’ deception to the villagers and the duke’s party. The stunned Bathilde tells everyone the man they know as Loys is actually Count Albrecht, her fiancé. Grief overwhelms Giselle. She goes mad and, her heart broken, dies in Albrecht’s arms.

At Giselle’s grave, the despondent Hilarion keeps a moonlit vigil, holding a cross he fashioned himself. At midnight the clearing is filled by Wilis, malevolent spirits left behind when young women were rejected by their lovers and died before their weddings. Tonight, they gather to welcome Giselle. The terrified Hilarion flees, fearing the legend he’s heard: that the Wilis and their queen, Myrtha, avenge their betrayals by luring men into a macabre dance, until they die of exhaustion.

Albrecht arrives at Giselle’s grave, craving forgiveness. The Wilis have vanished, but Albrecht is amazed when Giselle’s ghost appears to him. She leads him from the glade as they hear Hilarion returning. But this time Hilarion is entrapped by the Wilis, who dance him to exhaustion and, at Myrtha’s command, drown him in the lake. The queen then dispatches her forces into the forest to hunt Albrecht.

Magically drawn into the Wilis’ circle, Albrecht faces the same gruesome fate as Hilarion, and though Giselle’s love diminishes Myrtha’s power over Albrecht, the queen is able to force the couple to dance on and on into the night. When Albrecht finally collapses, Giselle sustains him until the church bell announces the dawn, and the end of the Wilis’ power. The spirits vanish, Giselle returns to her grave, and only Albrecht remains, sorrowful and alone.

Get Tickets Here!
Adaptive Dance For Down Syndrome

Behind “Giselle” With Composer Adolphe Adam
Scroll to top