The Nutcracker: The World’s Most Popular Ballet

Here are 10 historical fun facts about the beloved holiday ballet that will have sugarplums dancing in your head! 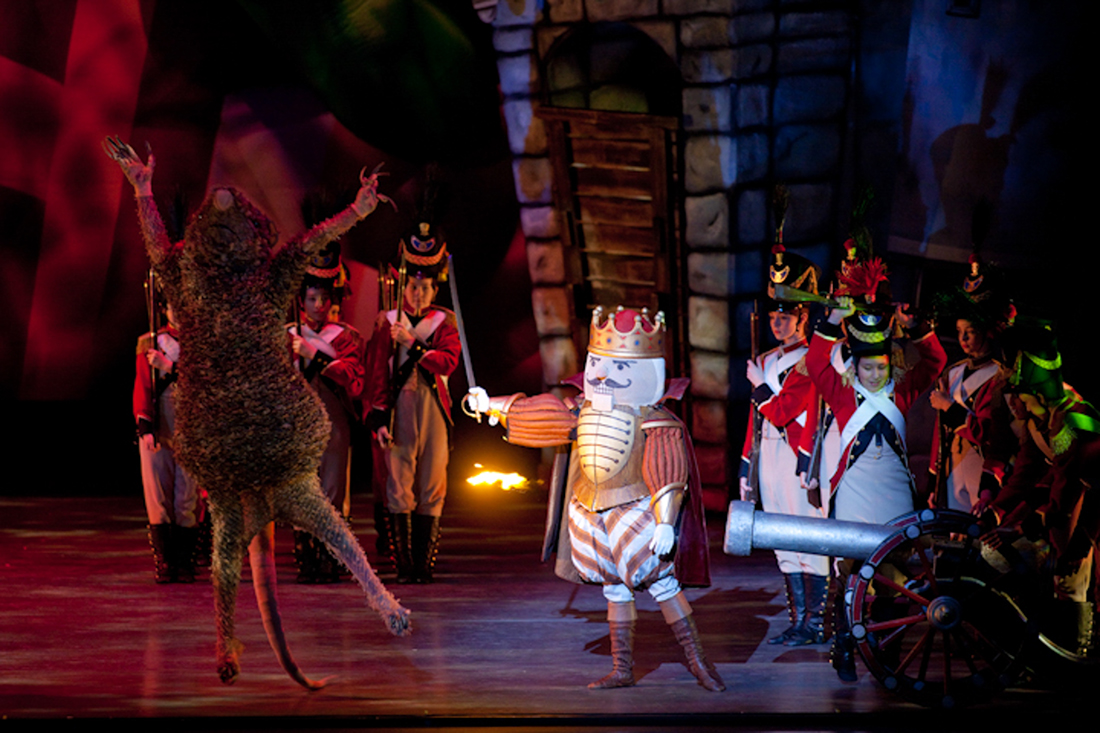 1. Although The Nutcracker first premiered in the United States in 1944 by San Francisco Ballet, it didn’t gain popularity until ten years later with George Balanchine’s version. By the 1960s, the ballet became a holiday essential across the country.

2. Tchaikovsky died shortly after the original 1892 production in Russia, never knowing the long-lasting impression of his work. He also considered it one of his worst works, thinking The Sleeping Beauty was far superior.

3. In German folklore, it is believed that nutcrackers protect your family and bring your home good luck.

4. The original fairy tale, The Nutcracker and the Mouse King, written by E.T.A Hoffman, and was much darker and bloodier than the ballet you see on stage today. Hoffman wanted it to show humanity’s dark-sided nature and was definitely not a child-friendly story. In fact, the battle of mice and soldiers was inspired by an invasion by Napoleon.

5. The Nutcracker premiered on December 18, 1892, to a sold-out show at the Mariinsky Theatre in St. Petersburg, Russia. Sadly, the ballet was not received well and was heavily criticized.

“Waltz of the Flowers” featuring Ballet Arizona dancers and Jillian Barrell as Dew Drop in Ib Andersen’s “The Nutcracker.” Photo by Rosalie O’Conner.

6. Marius Petipa, the original choreographer of The Nutcracker, reflected the French Revolution through a variety of metaphors and parables throughout his work.

7. The heroine in The Nutcracker was not always named Clara. In Hoffman’s original story, she was called Maria or Marie, who had a doll named Clara. In some German versions, she was named, Marichen, and after World War I in Russia, she was renamed, Masha.

8. The instrument called the “celesta” was introduced to Russia by Tchaikovsky. Its unique water drop sound is heard during The Dance of the Sugar Plum Fairy. A celesta is like a piano, but instead of strings, it has metallic plates. Tchaikovsky kept this instrument a secret, hiding it from other composers, so they wouldn’t steal his work until the premiere of the ballet.

9. American audiences were first introduced to Tchaikovsky’s score for The Nutcracker with Disney’s 1940 animated film, Fantasia.

10. A collection of scripts, made up of Marius Petipas’ choreographic notations, music, designs for costumes, theater programs, and more are kept at Harvard University.

P.S. There is still time to get your tickets to Ballet Arizona’s critically-acclaimed, The Nutcracker, December 10-24, 2021 at Symphony Hall. Click here to get yours today!

Read "The Nutcracker Story"
The last comment needs to be approved.
0 replies

Ballet Arizona by the Numbers

The Nutcracker Story
Scroll to top