The Dancin’ Days of Ib Andersen

Take a trip down memory lane, courtesy of Lincoln Center, and see our Artistic Director, Ib Andersen, in his dancin’ days!

It’s time to mark your calendars! Lincoln Center is hosting Dance Week, from Saturday, May 30 to Thursday, June 4, and lucky for all of you, our very own, Ib Andersen, will be featured in two productions from his time with New York City Ballet. How to watch? All shows will be streamed at LincolnCenter.org and on their Facebook page. 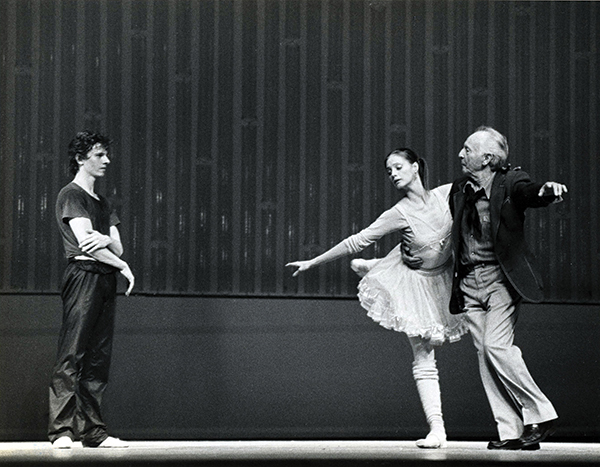 We know you’ve heard us talk about A Midsummer Night’s Dream a lot this season, but hey, it’s just that good! And now is your chance to get a second take at Shakespeare’s beloved comedy. With choreography by George Balanchine and featuring Ib Andersen as Oberon, this performance is sure to be a treat!

After George Balanchine passed away in 1983, New York City Ballet held a tribute performance to their beloved co-founder. The program featured three of his ballets, Vienna Waltzes, Who Cares?, and Mozartiana. Don’t miss out on seeing Suzanne Farrell, Helgi Tómasson, Patricia McBride, and of course, Ib Andersen perform these incredible works.

Born in Copenhagen, he was introduced to ballroom dance at a young age. Then, at age 7 he was accepted into the School of the Royal Danish Ballet. He joined the Royal Danish Ballet at age 16 and became a principal dancer at age 20 — the youngest principal in the company’s history. His career and reputation flourished in Europe, bringing him to the attention of George Balanchine. In 1990, Ib joined New York City Ballet (NYCB) and during his first three months, he learned 35 ballets and demonstrated a remarkable affinity for the Balanchine style and technique. This led Balanchine to create principal roles for him in Ballade, Davidsbündlertänze, and Mozartiana.

In 1987, while Andersen was still with NYCB, the Royal Danish Ballet gave him his first choreographic commission, for which he created 1-2-3—1-2. When he retired as a principal from NYCB in 1990, he began a second career as a guest ballet master for companies around the world. He staged ballets by August Bournonville, Michel Fokine, Jerome Robbins, and others; most notably, George Balanchine. Ib’s affinity for Balanchine’s works led to his appointment as a Balanchine Repetiteur; one of a handful of artists worldwide authorized by The George Balanchine Trust to stage the master’s pieces.

After tenure as Ballet Master with Pittsburgh Ballet Theatre, Andersen accepted the position of Artistic Director for Ballet Arizona in 2000. Since joining, he has created over 25 original works for the company, with more still to come, and presented some of his ballets on a national level at The Kennedy Center in Washington, D.C. in 2010 and New York City’s Joyce Theatre in 2012.

5 Ways To Get Your Ballet Fix