Ballet Arizona is excited to welcome 4 new dancers to the company for our 2019-2020 season. 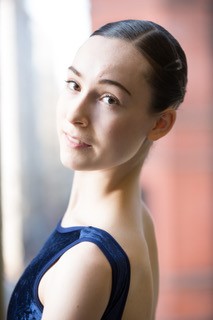 Born in Indianapolis, Demitra began dancing at the age of seven. She has trained on scholarship at Valentina Kozlova’s Dance Conservatory of New York, Canada’s National Ballet School, and The Royal Ballet School. From 2015 -2017 she trained at the Jacqueline Kennedy Onassis School of Ballet in New York City where she performed in American Ballet Theatre’s 75th Anniversary Gala. In 2018, Demitra joined Ballet Arizona’s Studio Company and performed with the main company in productions including George Balanchine’s Theme and Variations, August Bournonville’s La Sylphide, and Ib Andersen’s The Firebird.

Who is your greatest dance inspiration?

I am always inspired by Marianela Nuñez, who is a principal dancer at The Royal Ballet. Her ability to capture the qualities of the character through her effortless execution of the choreography, makes her dancing seem so natural and spontaneous.

Something that I enjoy outside of ballet is reading. I love books and find that reading helps me to relax at the end of a long day of rehearsals. I also really enjoy writing. 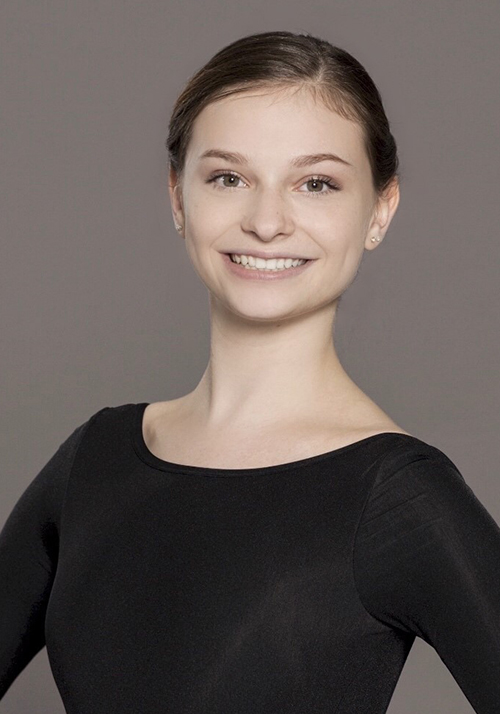 Tiffany began her training in various forms of dance at Metropolitan School of the Arts in Alexandria, Virginia. At the age of 14, she attended The Harid Conservatory to further her ballet technique. During this time, she spent two summers at The San Francisco Ballet School on scholarship. In the Fall of 2018, she joined Ballet Arizona’s Studio Company and performed with Ballet Arizona in The Sleeping Beauty, August Bournonville’s La Sylphide, George Balanchine’s Emeralds, and Ib Andersen’s The Firebird.

Why did you decide to pursue ballet as a career?

I started dancing when I was really young, about three years old. Dance has always had a special place in my heart, especially ballet. It fascinates me that I get the opportunity to not only do what I love every day, but continue to grow and improve upon what I did the day before. It’s a process that can be frustrating at times, but I’ve come to enjoy the challenge.

I like singing, painting, and spending time with friends.

Originally from Ridgefield, Connecticut, Eastlyn began training at The Studio at Ballet Etudes in Norwalk, Connecticut under the direction of Nanette Vallas.  At the age of 13, she was promoted to the pre-professional division becoming a member of the Ballet Etudes Company. She was granted the opportunity to choreograph a contemporary piece for the graduating senior class which was performed at the end of year performance.  Along with the studio’s summer intensives, Eastlyn has continued her summer training at American Ballet Theatre, The School of American Ballet, Chautauqua Institution’s dance program, Houston Ballet, Ballet West, and The School of Ballet Arizona. In 2018, she joined Arizona’s Studio Company and performed in The Sleeping Beauty, George Balanchine’s Theme and Variations, and Ib Andersen’s The Firebird.

What are you looking forward to most this season?

I am most looking forward to learning the new repertoire. This season, Ballet Arizona is performing many extravagant ballets in honor of Ib Andersen’s 20th Anniversary season as Artistic Director. The company will be performing work choreographed by Sir Frederick Ashton, August Bournonville, George Balanchine, Nayon Iovino, and of course, Ib Andersen.  I am always striving to become a better dancer and am looking forward to working daily with the ballet mistresses/masters, repetiteurs and of course, Mr. Andersen.

During my time in high school, I had a dream of becoming a chemical engineer.  I was accepted to many college engineering programs, but deferred matriculating while I continued my dream of ballet. Apart from that, I love to play the violin.  I took private violin lessons for eleven years and was part of my school orchestra and chamber groups.  I also like to bake.  I found my grandma’s recipes and enjoy trying to recreate her pastries and desserts (in moderation, of course!).  I enjoy working out and going to Foothills Acceleration and Sports Training (FAST).  I taught myself how to knit and crochet, which I find very fun.  I also love to go hiking and read by the pool, especially in Arizona. 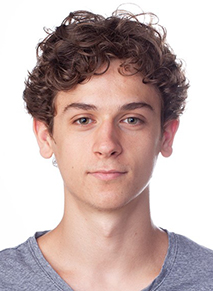 Born in Marbella, Málaga, Spain, Alberto began dancing Flamenco at the age of 3. When he was 9, he decided to join the small conservatory of dance in his town and studied there until 2014, where he then joined the Jacqueline Kennedy Onassis School at American Ballet Theatre in New York City. He studied at the JKO School for three years, during which he attended summer intensives for American Ballet Theatre, The Royal Ballet School, and IBStage in Barcelona. Since joining Ballet Arizona’s Studio Company in 2017, he has danced the roles of Siegfried in Swan Lake and Basilio in Don Quixote for The School of Ballet Arizona. He has also danced with the company in many different programs including The Nutcracker, The Sleeping Beauty, George Balanchine’s Theme and Variations, and Ib Andersen’s Rio, Eroica, and The Firebird.

Who is your greatest dance inspiration?

I don’t have one specific person who is my greatest inspiration because every dancer has their own quality. I have always looked up to David Hallberg ever since I met him, not only as a dancer but also as a person. I have always looked up to world renowned dancers like Roberto Bolle. I am also inspired by my colleagues at Ballet Arizona for their qualities, especially Nayon Iovino, and how he approaches his art and his process of thinking through and executing steps.

I like music and video games but also enjoy learning about technology and business.

Ballet Under the Stars: The Highlights
Scroll to top