“In the Night” choreography by Jerome Robbins. Photo by Rosalie O’Connor 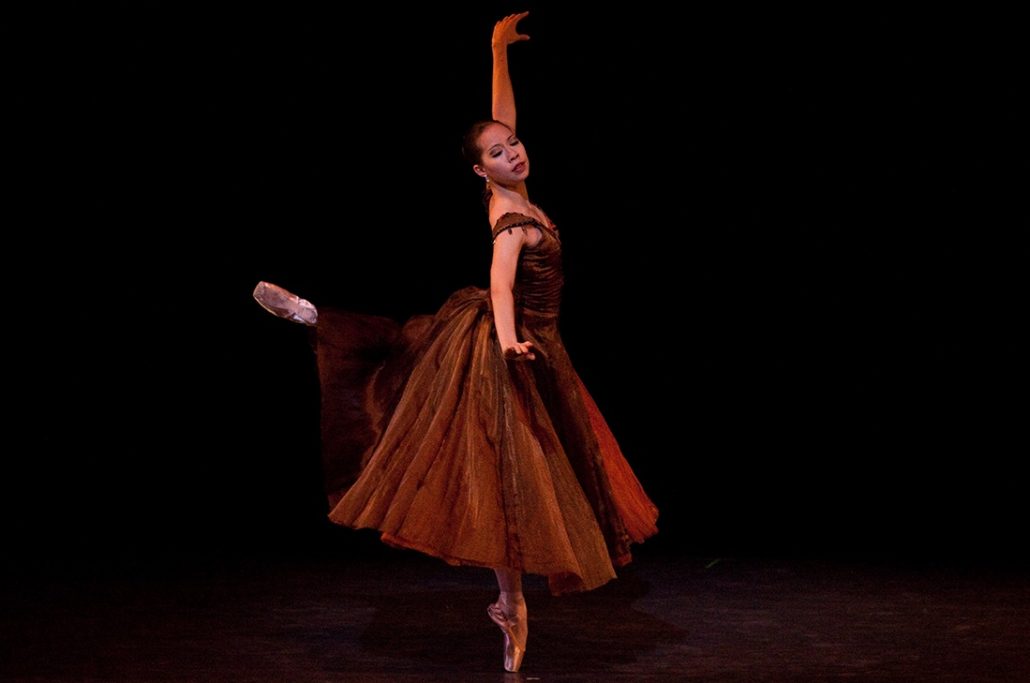 This year marks my 10th season performing in Ballet Arizona’s production of The Nutcracker.  While most seasons you can see me looking something like this: 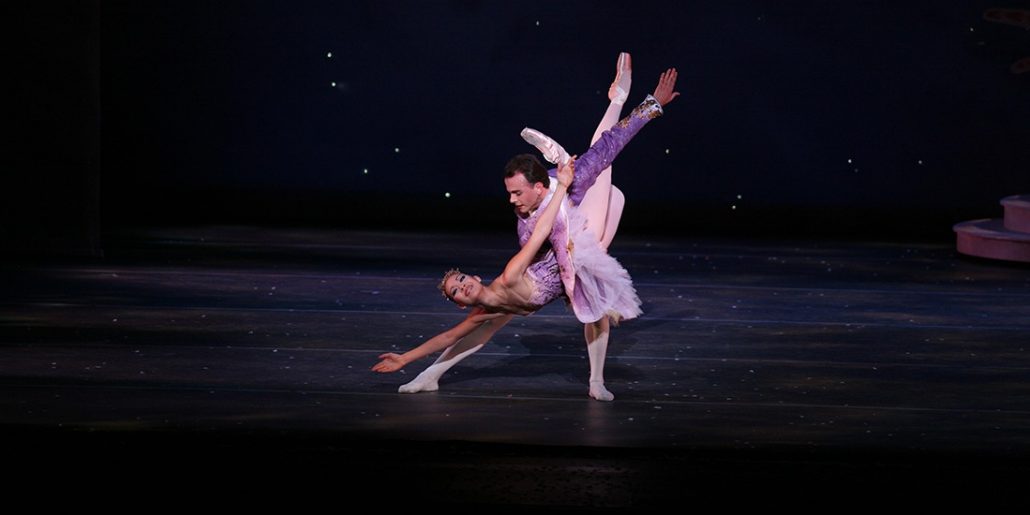 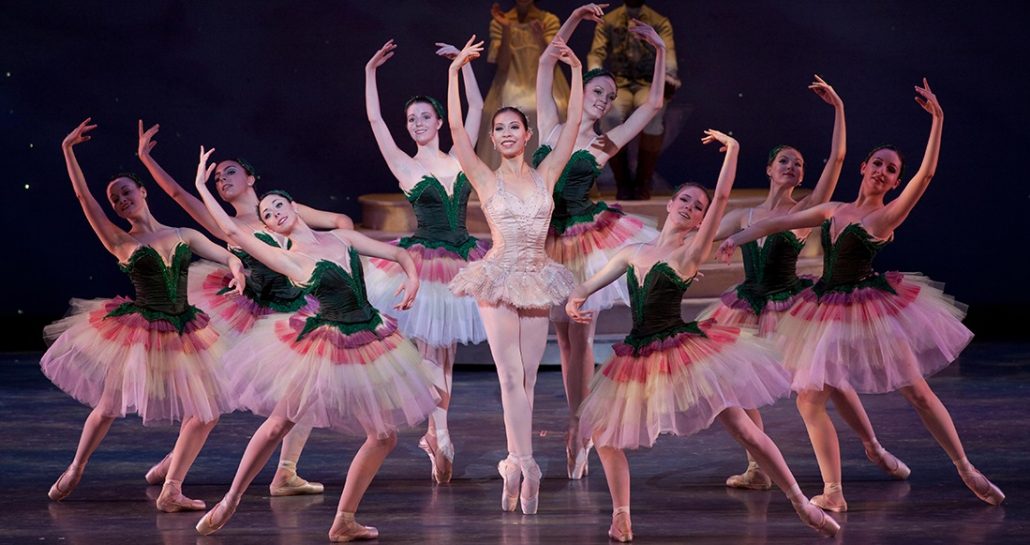 This season you saw me looking something more like this: 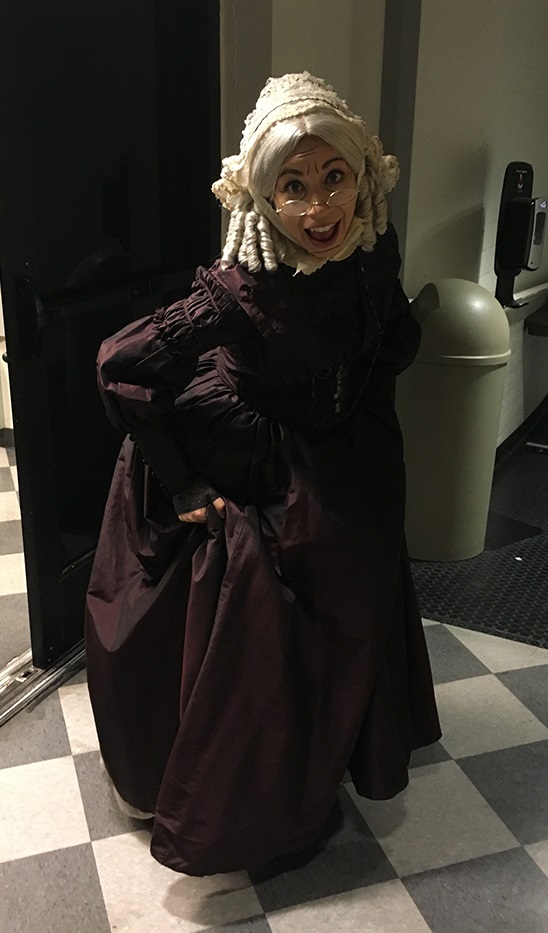 Thanks to a little bundle of joy rapidly growing inside of me (in other words, I’m pregnant!)  I’ll be taking a break from dancing this season.  Being pregnant definitely has its perks.  One that I am most excited about is getting to watch my brilliant co-workers dance.  Over the years, I have learned that when preparing to dance a role, watching other dancers perform the same role can be extremely helpful and illuminating.  Each dancer hears the music differently and reacts to it in their own unique way that reflects their own personality.  As artists, the goal is always to be genuine and make choices that are true to the moment.  There is a very fine line between copying another dancer exactly and allowing another dancer’s interpretation of a role influence your dancing.  With that said, if another dancer’s way of executing a step or interpretation of a role is true to your own feeling and style its fair game.  So, this Nutcracker season, I thought I would pay tribute to two dancers I have studied and admired from afar.

The first is Allegra Kent in the role of Dewdrop.  Dewdrop is a role I have struggled with for years. Watching Ms. Kent dance the role of Dewdrop helped me take a different approach to the role and eventually helped me refine my own interpretation of it.  To me, the way Ms. Kent performed the role perfectly captures the spirit of the music.  There is a buoyancy to the waltz that you can see in her throughout the piece.  Although the piece is a waltz, she never lingers too long in any position — in fact, she is always slightly ahead of the beat.  By doing so, Ms. Kent imbues the shimmer of a dewdrop and captures the brilliance of the runs you so often hear from the violins.  You never see Ms. Kent strain in the execution of a step.  There is a lighthearted attitude to her interpretation of the role that communicates a natural joy and ease that is also reflective of the music.

The second dancer who I have studied time and time again (and in more ballets than The Nutcracker) is Gelsey Kirkland.  In this video, she does not perform the role of the Sugar Plum Fairy in the way we most often see it.  Rather, she dances the variation of the Sugar Plum Fairy as Clara.  Even so, I have studied this video because Ms. Kirkland is a brilliant artist, demonstrating the powerful combination of a wickedly refined technique and creativity with abandon.  Ms. Kirkland is a master of playing with the music.  She is often slightly ahead of the beat, allowing her to sustain certain steps by stealing from another beat.  By doing so, Ms. Kirkland creates movement that is both precise and luxurious which I believe is demonstrated in the music.  Another aspect of Ms. Kirkland’s dancing that is always appealing to me is that nothing she does is contrived.  She never throws away a step, everything is incredibly intentional, but at the same time she creates a sense of never knowing where she’s going next.  The music of the Sugar Plum Fairy is oddly mysterious and Ms. Kirkland’s approach so perfectly communicates this same sense of mystery.

So, this season I tip my hat (or bonnet) and thank both of these women as well as all my coworkers I have watched over the years.  Part of what makes the job of being a dancer so enjoyable is the never ending process of learning and growing.  By watching these dancers, I have always found more to learn and explore and I expect that as long as I am watching, it will never stop.

Want to learn more about Michelle Vagi? Click here to read her bio and watch her Ballet Arizona dancer video.