From Giselle to the neo-classical works of George Balanchine, the tutu will always be the quintessential costume of ballet. Join us as we explore the different types of tutus! 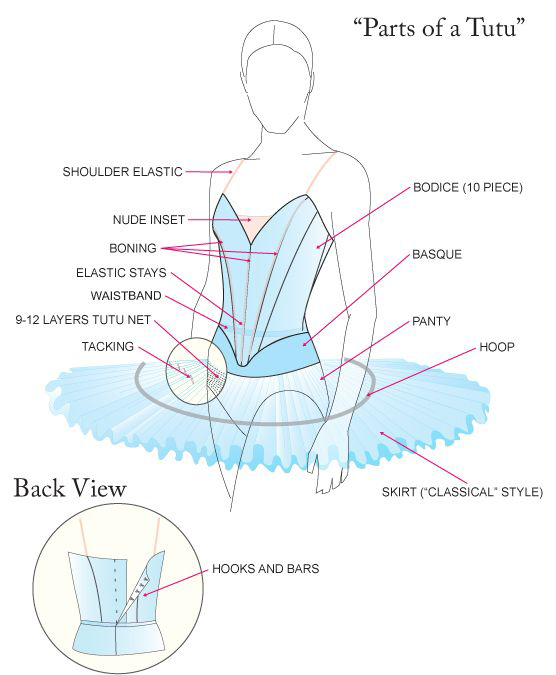 Like all ballet terminology, the word ‘tutu’ derives from the French language and means ‘bottom.’ Made from array of fabrics, most commonly tulle, the tutu was designed to show off a ballerina’s legs and footwork…White Swan coda, anyone?

Just like the choreography and sets, costumes also tell the story. Looking more closely, however, tutus are just as much a part of the ballerina’s role as anything else. Would Giselle be the same without the Romantic tutu? Would Kitri’s wedding variation in Don Quixote have the same pop without the Pancake tutu? Those little details provide hints of the character and add to the story of the ballet, whether you realize it or not!

The original. The Romantic tutu made its debut in Paris, in 1832, by Marie Taglioni in La Sylphide. Most note this historical moment by Taglioni, for the debut of the first pair of pointe shoes, but what allowed the audience to see her dainty feet and fairy-like footwork, was the cut of her skirt, a.k.a. the Romantic tutu. Fitting with the ‘Romantic’ period, ballets featured women in roles where they appeared as though they were weightless and floating across the stage. That appearance was aided by the design of the tutu being long and flowing.

The Romantic tutu is typically made of 3-5 layers of tulle and can be cut anywhere between the knee and the ankle. Where the skirt ends is not the only thing that can vary on a Romantic tutu, where it begins does too and there are two types. The first, has the skirt beginning at the waist, whereas the second type begins at the hip, commonly known as a Romantic tutu with Basque.

As pointe work became more sophisticated, there was more to show-off, so out came the scissors. Tutus were cut above the knee to showcase the ballerina’s legs and thus the Classical tutu was born. This design had the tulle jutting out horizontally from the ballerina’s hips, which made the legs more visible and provided a whole new range of motion. Italian ballerina, Virginia Zucci, was the first to debut this style in the 1880s. Her tutu ended just above the knees and looked more like a mix of the current Bell tutu and Romantic tutu.

Pointe work and the art of ballet itself have continued to evolve, which means so have the tutus. There are currently 4 different styles of the Classical tutu: the Pancake, the Platter, the Bell, and the Powder-puff.

The Pancake style, is what normally comes to mind when picturing a tutu. The skirt comes straight out at the hips and is made of several layers of tulle and net. It is often made on a pair of briefs, to provide a seamless look and prevent the skirt from slipping. In order to support its horizontal shape, the tutu has a wire hoop embedded in between the layers. Together the stiff tulle and the the wire hoops give the Pancake tutu that perfect bouncy effect as the ballerina dances. 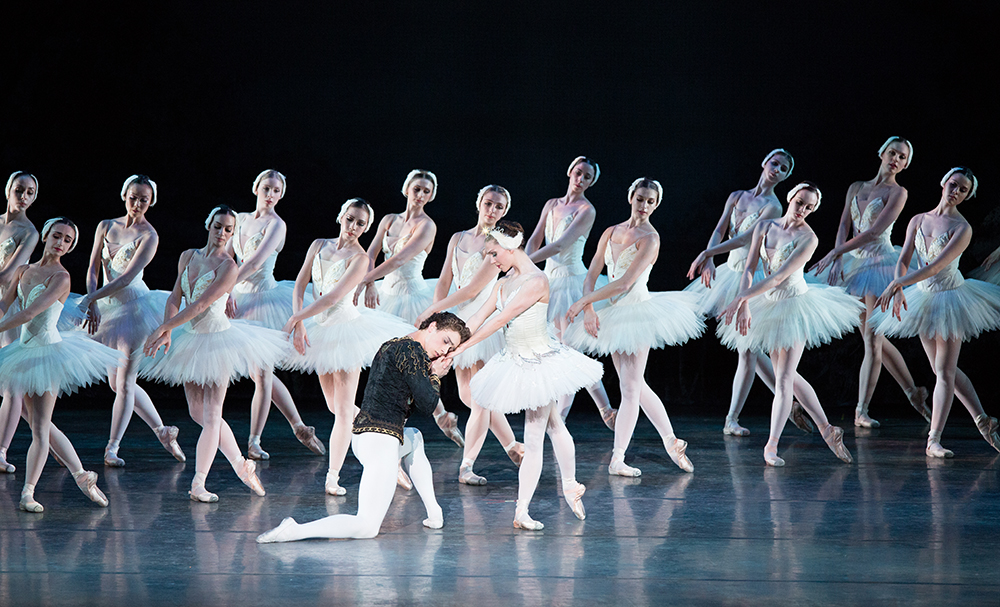 To the average person, there is hardly any difference between a Pancake and a Platter tutu, but to a seamstress or costume designer, the two are quite different. The key is the top layer. Unlike the Pancake which is pleated, the Platter tutu has a flat top that is ornately decorated.

Examples of ballets that feature romantic tutus are The Sleeping Beauty and Cinderella. 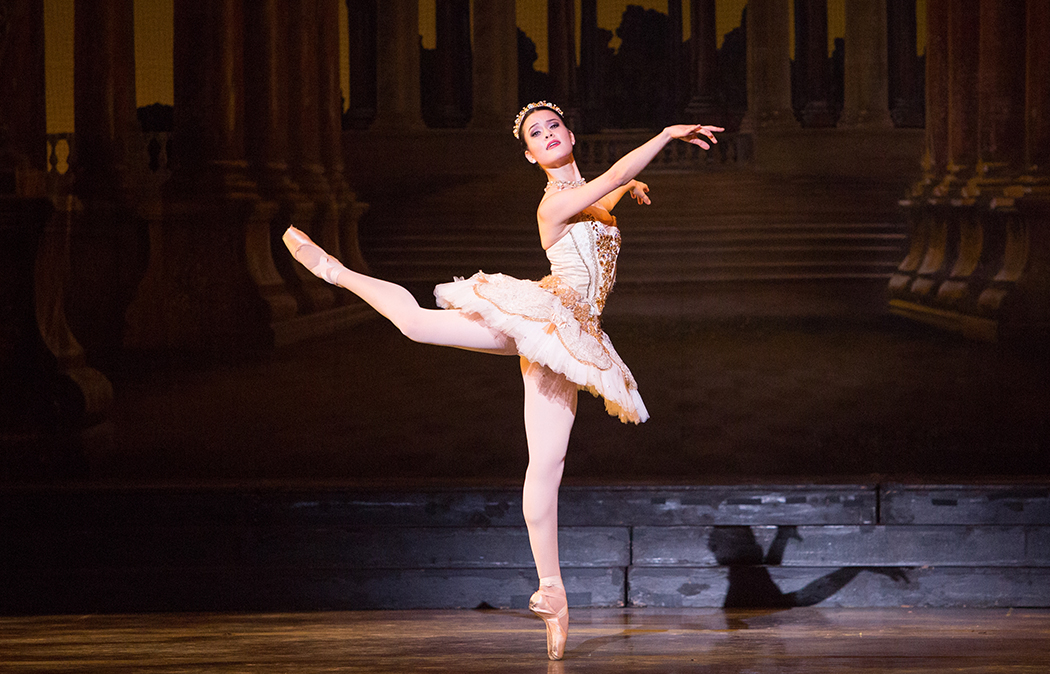 The Bell style, named after its bell-like shape, is a short and stiff tutu. It is made-up of multiple layers of netting that is framed to flow down, even though there are no hoops to support to shape and the skirt is instead just loosely tacked.

Examples of ballets that feature romantic tutus are Divertimento #15 and Paquita. 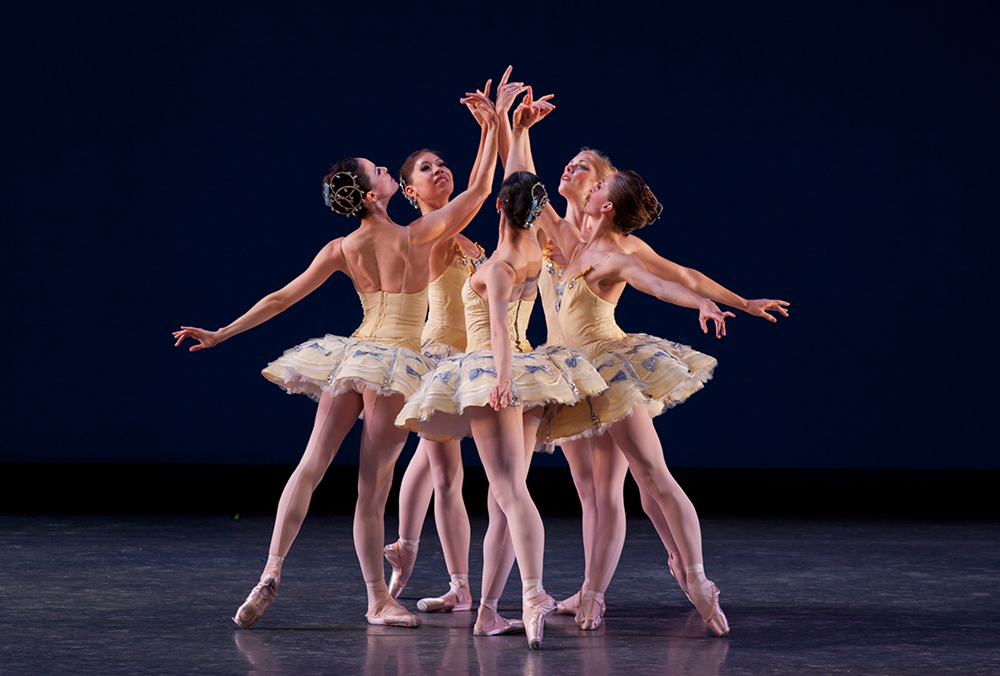 The Powder-puff is a short skirt, with a few layers of netting. It does not have a wired hoop and is instead loosely tacked, which allows the skirt to move more freely with the dancer. This design also provides a softer, fuller appearance. It was originally created for George Balanchine’s Symphony in C and become a popular style across his ballets, which is why it is also known as the American or Balanchine tutu. 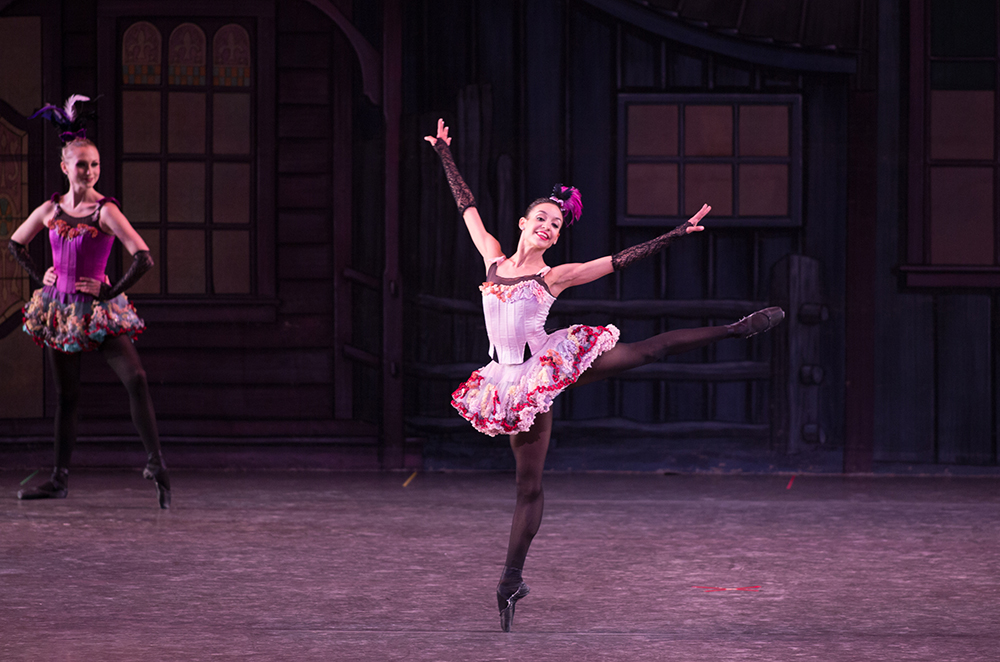 Read ‘Making a Fairy Tale Tutu’
The last comment and 11 other comment(s) need to be approved.
1 reply

The Choreographer Series: A Look at Balanchine