Ballet 101: Names of the Most Popular Ballet Turns 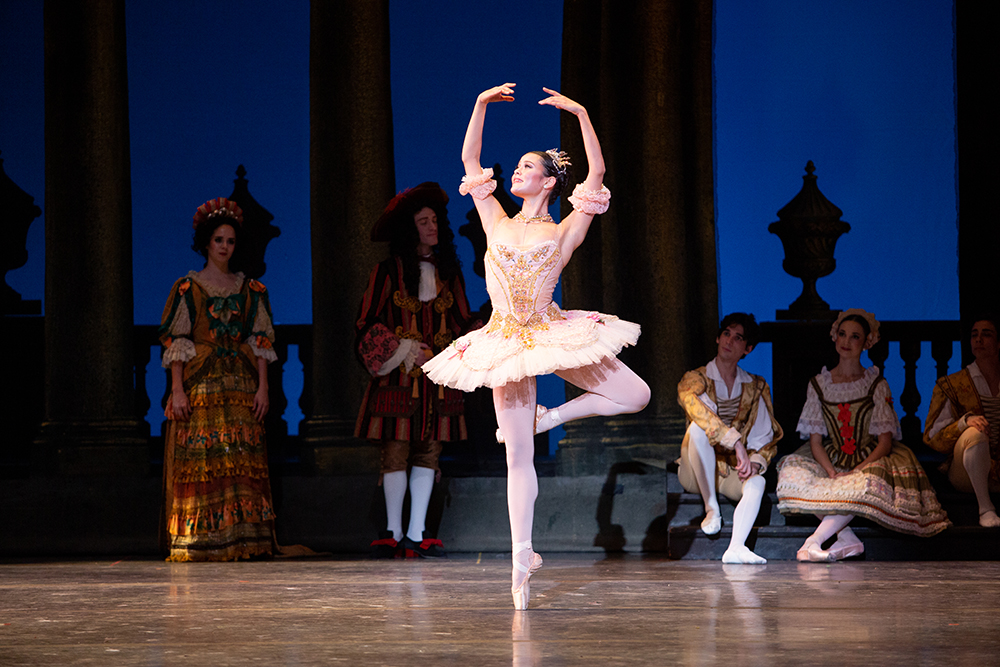 Photo by Alexander IziliaevThere are many types of ballet turns, each having their own unique quality that stuns the audience and exhibits the dancer’s incredible athleticism. From pirouettes to fouettés, we’ve listed the most popular ballet turns that will have you spinning with enthusiasm.

Chaînés, meaning “chains” in French, is a type of two-step turn that is performed when both feet alternate back and forth to keep moving in a line or circle. Dancers complete a full rotation for every two steps taken. Chaînés–or chaîné turns–are considered to be one of the easier turns because dancers use both legs for balance instead of just one.

Fouetté turns in classical ballet literally means “whipped turns.” To complete a fouetté turn, a dancer will raise their foot in a “whipped” motion as it moves past the supporting leg in the opposite direction.

There are two types of fouettè turns: Italian and regular.

Italian – According to Ballet Focus, this step “consists of four parts: (1) a relevé développé; (2) quarter turn and brush through the first position facing the back diagonal; (3) fouetté to attitude to the right corner; and (4) plié and quarter turn to the next développé and repeat. Click here to watch an Italian Fouettè

Regular – Ballet Hub describes a fouetté turn as a turn that is usually done by a female dancer, where one does a “full turn in passé (pirouette), followed by a plié on the standing leg while the retiré leg extends to croise front and rond de jambes to the side (a la seconde). As the leg hits the a la second and still in plié, the dancer relevés and brings the leg into retiré and begins a turn again.”

Pirouette means “spin” or “whirl.” They are very common in pas de deuxes, male and female variations, codas and group ballet dances. Pirouettes are done by turning on one leg, with the other off the ground and in a position (most likely passé).

There are three types of pirouettes:

Grand Pirouette, Pirouette à la seconde (also, Tours à la seconde) – According to the Ballet Bag, this pirouette is done with “one leg raised at 90 degrees. These are typically performed by men. Starting from fifth position with a grand battement into second position, legs lower into demi-plié to propel the turns. The arms start in second position and close in first, the right leg is raised into second with a swift movement for each turn en dehors.”

An attitude turn is considered to be one of the more difficult turns on this list. To perform this turn, a dancer must stand on one leg with the other lifted (either in the front or back). The lifted leg is slightly bent creating a 145-degree angle, according to Ballet Hub.

Whether you’re looking to master a turn on your own, or simply want to watch a ballet dancer perform one live on stage, Ballet Arizona has just what you’re looking for. Check out our variety of open classes available or take a look at our list of upcoming shows to witness the action in person.