The pointe shoe is a fairly new concept given the long history of ballet as an art form. From the heeled shoes of 15th and 16th century Renaissance courts to the reinforced slipper wrapped in satin, we are walking you through the history of the pointe shoe. 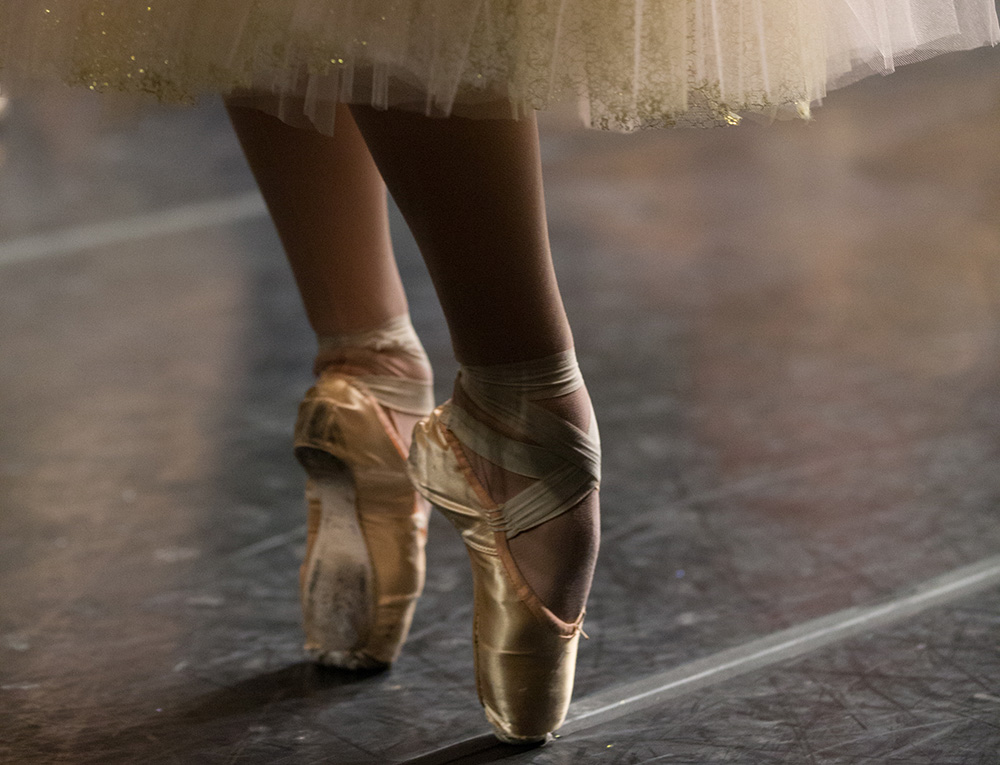 If you checked out our Ballet 101: A Brief History post, you know that ballet originated in Europe during the 15th and 16th centuries. It wasn’t until the reign of Louis XIV of France, however, that ballet really started to take shape. The art form was officially codified, given vocabulary and terminology that is still used around the world today. The two things to have really changed since Louis XIV are dancers technique and dress, an evolution that goes hand-in-hand.

Taking it back to its origins, as a court dance, dancers wore layers of ornate and brocaded costuming along with large headdresses and formal dress shoes with small heels. The clothing was quite restrictive and only allowed dancers a small range of movement, such as small hops, promenades, slight turns, and of course many curtsies.

Turn to the 18th century, ballet transitioned from being primarily a men’s dance to having many female dancers and they wanted to do more. That meant removing the the heels from the shoes. Marie Camargo, of the Paris Opera Ballet, is credited with being the first dancer to remove the heels of her shoes creating the ballet slipper. This new shoe gave dancers the ability to do more jumps and leaps, something that used to be impossible, and it didn’t stop with the slipper. In 1795, Charles Didelot, a French dancer and choreographer, invented a “flying” machine, simply a rope and pulley system, that lifted dancers upward, allowing them to stand on their toes. The machine gave dancers an ethereal look that became very popular among audiences and choreographers. 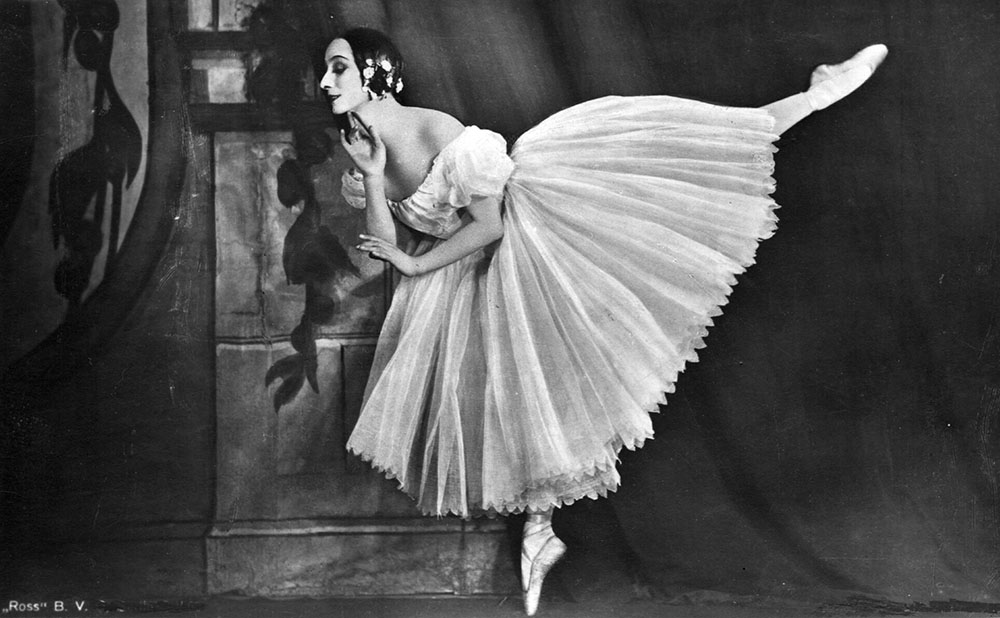 Then came Marie Taglioni. The desire to advance technical skill and the ability to dance en pointe without the aid of a machine kept increasing. In 1832, Marie starred in the debut of La Sylphide at the Paris Opera Ballet which became a turning point in ballet’s history. Not only did this mark women wearing shorter dresses, a.k.a the romantic tutu, in order to show off more intricate footwork, but Marie became the first ballerina to dance en pointe.

Now some clarification is needed. The pointe shoes Taglioni used were vastly different to the shoes dancers wear today, as was her technical skill en pointe. She had simply taken satin slippers and darned them on the sides and at the toes to help them keep their shape. Since these slippers still offered no support, she padded her toes to protect them and only was only able to do short and light movements. 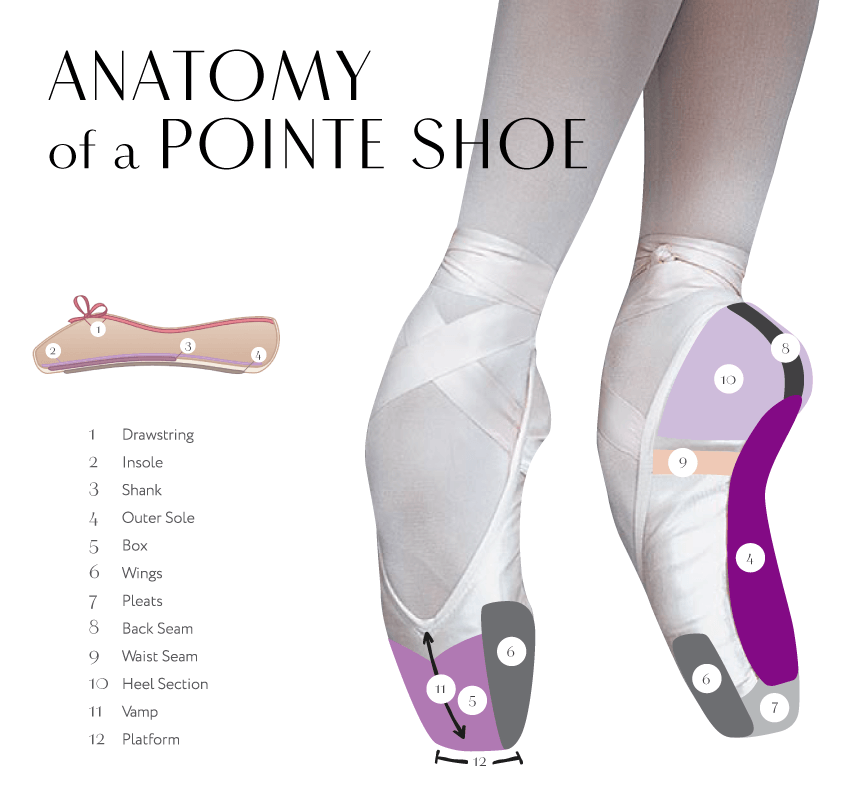 It wasn’t until the 20th century that we really see the creation of the modern pointe shoe. By this time, ballet was a more widespread art form and Russia had become the leading creative epicenter. With new ballets becoming more and more demanding of dancers and their technique, one of Russia’s Prima ballerina’s, Anna Pavlova, decided to change her shoes. Pavlova’s feet had high-arches and were very tapered, which meant when she was en pointe, all of her weight was on her big toes and that became rather painful. To fix this issue, Pavlova put tough leather soles into her shoes for extra support and then hardened and flattened the toe area to form a box. At first, Pavlova was criticized for changing her shoes, as many considered it cheating. But over time, her solution became the framework for how pointe shoes are made today.

Today, most pointe shoes are still traditionally made and all done by hand. The box is made of tightly packed layers of fabric, cardboard, and paper hardened by glue. The shank is a rigid material that provides support for the arch of the foot when en pointe and can vary in stiffness and length depending on the needs of a dancer. For final touches the shoes are wrapped in satin with a leather outer-sole.

As time goes on, pointe shoes will keep evolving. From utilizing flexible plastics to help extend the “life” of shoes to other technologies, the pointe shoe makers will keep changing shoes to support the needs of dancers and the art form.

Visit Ballet Arizona
The last comment and 6 other comment(s) need to be approved.
3 replies

Which Balanchine Ballet Are You?

Casting a Ballet: Q&A with Ib Andersen
Scroll to top