A Day in the Life of Company Dancer Nayon Iovino

From full days of rehearsals to teaching and gardening, company dancer, Nayon Iovino, is always on the go. Currently in his sixth season with the company, Nayon has graced Ballet Arizona’s stage in a multitude of leading roles including Romeo in Ib Andersen’s Romeo & Juliet, Solor in La Bayadère, and the main male dancer in Ib Andersen’s critically-acclaimed Round. In addition to dancing, Nayon is also a choreographer, debuting his first ballet Inner Layer for Ballet Arizona’s Innovations program in 2014. Since then, he has choreographed 11 ballets for the company and for Dancer’s Choice, a production put together by Ballet Arizona company dancers each year. 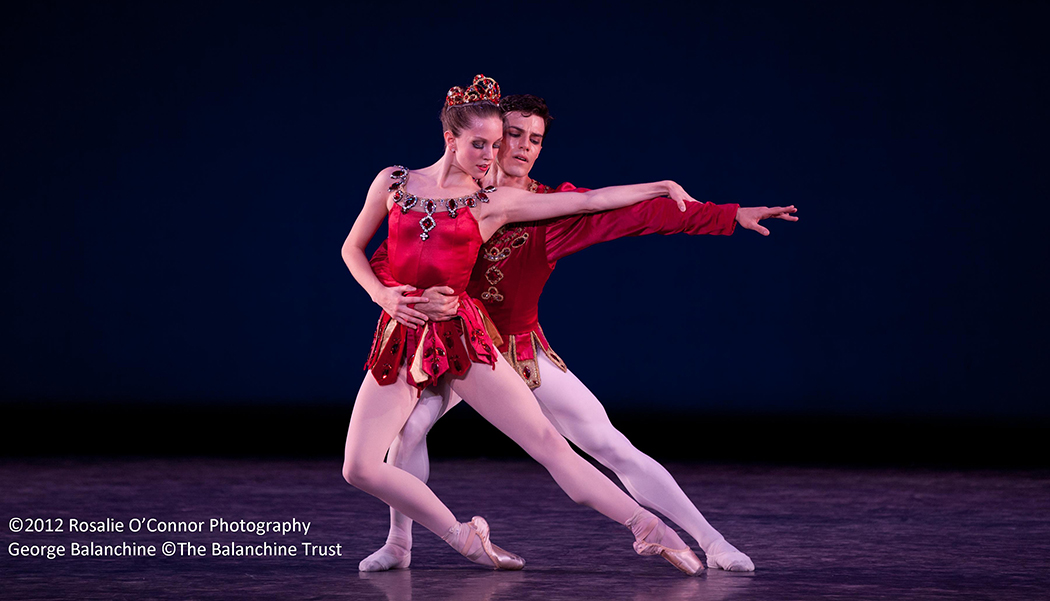 Nayon starts his day at 7:30 am with a cup of coffee and then its off to feed the chickens! He and his wife, fellow company dancer Jillian Barrell, bought 5 of them when they moved in their house. After the chickens are fed, it’s time for him to eat which is typically avocado toast or oatmeal with fruit. After that, he and Jillian are off to the studios for company class, arriving at 8:45 am or later…depending on his rehearsal schedule.

Once class is over Nayon’s day is filled with hours of rehearsal with a little break every now and then. The company is currently rehearsing for their upcoming mixed repertoire production of Today’s Masters, in which Nayon will be debuting a brand new ballet, Threads. The piece will feature a constantly morphing cast of dancers, who embody Nayon’s dynamic style in a visceral display of strength and agility. The score is an eclectic mix of rhythm-driven music sewn together from around the world, including a soulful samba from Brazil, an Afrofuturistic track from a Sudanese beatsmith, and an impassioned rendition of the Islamic Call to Prayer by Philip Glass.

Nayon’s choreographic process starts by looking for music, and apparently he has an ever-growing list from which to choose. Then he heads into the studio, turns on the music, and sees where it takes him. Nayon started choreographing Threads in September of last year, with the idea of the connectivity of neurons and how we as humans process that information. “During those calm meditative moments of our day, that’s when our brain has the chance to strengthen those connections and let go of what is unnecessary to us,” he says. “This shapes who we are and the beauty is that we do have the power to shape ourselves.” 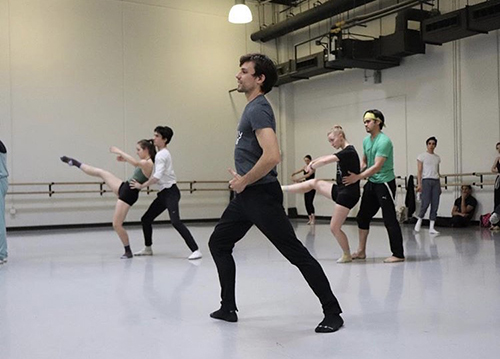 Nayon Iovino and company dancers in rehearsal for Iovino’s “Threads”.

When asked what it’s like to choreograph on his co-workers, Nayon says it’s about putting your friendships aside and focusing on the work but it’s also great because they know each other so well. However, when it comes to switching back and forth from being a dancer to a choreographer with every rehearsal, Nayon says that a bit more difficult. “It’s like ping-pong from rehearsal to rehearsal, definitely the hardest part of the gig.”

After rehearsals are over, what he does next changes day to day. Some nights he stays at the studios till 8 pm to teach classes at The School of Ballet Arizona. Other nights he will head to the gym to workout or get some much needed physical therapy and make sure he is looking after his body. But then there are some nights where he will  head home for band practice! Nayon plays the electric guitar in a Rockabilly group called The Wild Swings. It’s the groups 3rd year together, playing shows at bars around the valley. Then it’s time for dinner and Nayon will either check out different restaurants with Jill or they’ll make dinner at home, grabbing vegetables from their garden. Nayon says their goal is to get all of their fresh produce from their backyard! After that its time to unwind, sleep, and prepare for the next busy day.