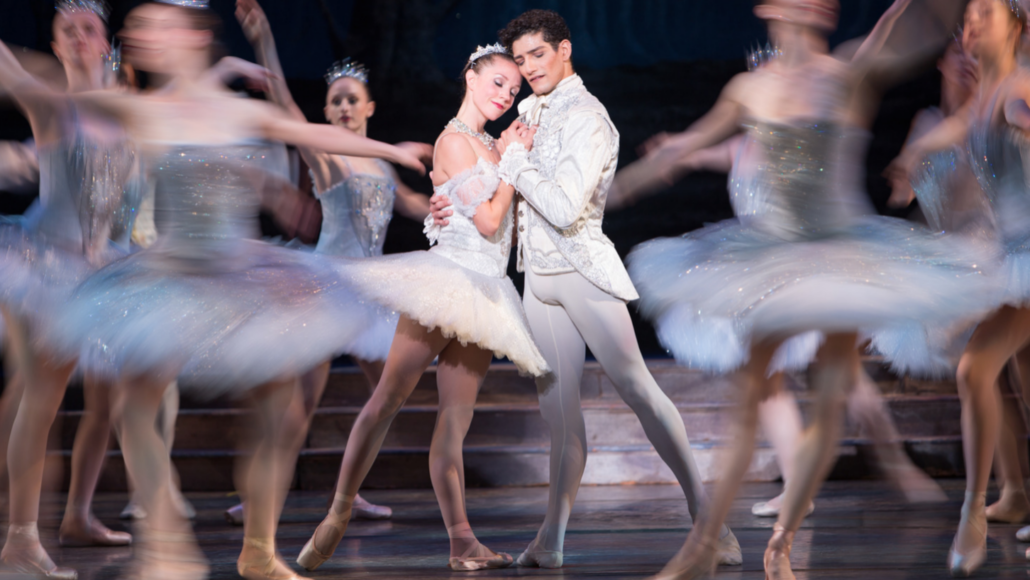 10 Things You Should Know About Cinderella

Looking for fun things to do with the family from Oct. 20-23 in Phoenix? Enjoy the magic of Ballet Arizona’s production of Cinderella at Phoenix Symphony Hall in downtown Phoenix. Jillian Barrell, a principal ballerina playing the female lead, and Helio Lima, a principal dancer portraying the Prince, offer their unique perspectives.

1. “This is a gorgeous, very traditional production,” says Jillian, from exquisite ballgowns and sparkling tiaras to pink, and later white, tutus. The Prince’s elegantly cut jacket with a flared collar accentuates the dancer’s broad shoulders.

2. Sergei Prokofiev wrote the splendid score. Prokofiev wanted Cinderella to be “not only as a fairy-tale character but also as a real person, feeling, experiencing and moving among us.”

“For example, if the maestro sees we’re a bit late to arrive,” Jillian says, “he can stretch it. It really adds to the beauty of a live performance.”

5. Check out the pas de deus (where the two leads dance together). “They’re not the usual movements,” Helio says. “All she has is my hand, which means the grip is different. There’s less support.”

“The dancing’s complicated in ‘Cinderella,’” Jillian says. “The footwork for me in the second act is very fast. It’s challenging to make it look easy and keep good lines.”

6. You’ll see nuanced performances because these two dancers have played the parts before. Artistic Director Ib Andersen choreographed his version of Cinderella to Jillian in 2011. “The role is comfortable now,” she says, “but there’s always something I can improve on. I was quite young the first time I played it. I think this is my third time.”
“We have this connection,” Helio adds. “When I played the role before and got nervous, Jillian would tell me to just look into her eyes and nowhere else.” It worked beautifully, boosting his focus. “This time around, I feel much calmer, less stressed,” he says.

7. Get ready for some treats in the third act. “I especially like the acting here,” Jillian says. “I’m in the house dressed in rags. Also, you’ll notice a few moments when the music gets really big in the pas de deux.”

What you won’t see onstage are some breakneck costume changes. More than once, Cinderella must hold out her arms offstage and allow a costumer to whisk her into a different outfit, pronto.

8. This isn’t the Disney movie. The Four Reasons are Star Fairies in this production, and they’re loaded with sparkles, says Helio. “The Fairy Godmother calls on the Star Fairies to protect Cinderella and tell her when it’s time to leave the ball. With all their glitter, it looks like stars.”

9. Enjoy the ornate white coach pulled by four School of Ballet Arizona dancers. The dancers are beautifully costumed as prancing white horses. Notice how they expertly turn the glam coach in some tight spots on the stage.

10. Cinderella is an exceptionally kind person. “She’s too nice!” Helio says with a grin. Despite her stepsisters’ dreadful treatment, she gives them oranges she got at the ball. “She forgives them and her stepmother,” Jillian notes.

Get your tickets to Ballet Arizona’s Production of Cinderella Today!
0 replies

“Cinderella” – A Fairy-Tale With Familiarity