10 Things You Need to Know About Prokofiev

Sergei Prokofiev’s brilliance and avant-garde style made him one of the most prolific composers of the 20th century. Here are 10 things to know about the life and work of this masterful, musical rebel! 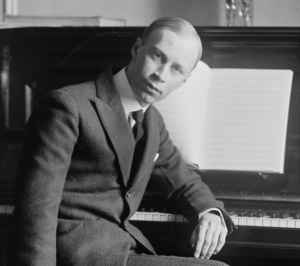 1. First and foremost, Prokofiev was a child prodigy! Born on April 23, 1891, in Sontsovka, Russia, he grew up listening to his mother play the works of Chopin and Beethoven on the piano. At the age of five, Sergei composed his first piano piece, and by nine, he composed his first opera.

2. As though being a musical genius wasn’t enough,  Sergei was also a chess master. Playing as a child, chess remained a lifelong passion, so much so that in 1914, he effortlessly defeated the future world chess champion José Raúl Capablanca.

3. Prokofiev’s natural talents were undeniable and in 1904, at the age of 13, he enrolled at the Saint Petersburg Conservatory. By that time, Sergei had composed two more operas and was working on this fourth. Throughout his time at the Conservatory, Prokofiev was viewed as eccentric and arrogant. Not only was he much younger than most of his classmates, but he annoyed many because he kept statistics on their errors!

4. In 1913, Prokofiev traveled to Paris and London for the first time and met Sergei Diaghilev, the founder of the Ballets Russes. Diaghilev commissioned Prokofiev’s first ballet, Ala and Lolli, but was unfortunately left unimpressed deeming the score “non-Russian.” This was not the end of their relationship, however, and Diaghilev commissioned another ballet, Chout or The Buffoon. The ballet premiered in Paris in 1921 and was a massive success, earning Prokofiev praise from fellow composers, Maurice Ravel and Igor Stravinsky.

5. Speaking of Stravinsky, he and Prokofiev had a very “frenemies” relationship. At one point, the two almost came to blows and had to be separated after Stravinsky said Prokofiev was wasting his time composing operas, to which Prokofiev replied Stravinsky “was in no position to lay down a general artistic direction since he is himself not immune to error.” Their relationship mended over the years and Stravinsky even described Prokofiev as the greatest Russian composer of his day… after himself of course! 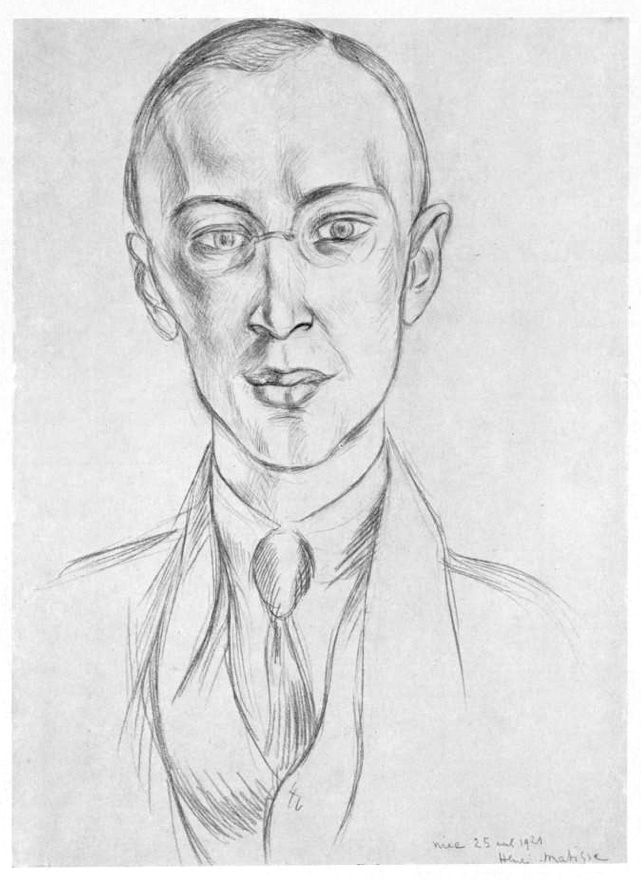 Sketch of Sergei Prokofiev by Henri Matisse in 1921.

6. In 1935, the Kirov Theatre tasked Prokofiev to compose music for Romeo & Juliet. The ballet caused quite a bit of controversy at first because Shakespeare’s beloved tragedy had been given a happy ending! The Soviet Union postponed the project indefinitely, so Prokofiev instead offered it to the Bolshoi Ballet in Moscow… but that also didn’t end well either, after the dancers said the music was impossible for dancing! Prokofiev continued to work on the score and the ballet finally reached the stage in 1938.

7. The ballet world wouldn’t let go of Prokofiev, especially after he turned towards a style he called “new simplicity.” This caught the ear of George Balanchine and in 1928, Prokofiev composed the music for Balanchine’s famed The Prodigal Son.

8. Although Prokofiev’s ballet scores often come to people’s minds first, his greatest interest was opera. Over the course of his life, he composed 14 operas – The Love of Three Oranges was his one true success but he also turned Leo Tolstoy’s epic novel, War & Peace, into an epic opera that was almost 4 hours long!

9. Prokofiev was no stranger to trying new things, he didn’t develop a reputation as a musical rebel for nothing! Commissioned by the Soviet Union, he ventured into the film industry where he was able to explore compositional styles and experiment with sounds in ways he hadn’t previously. Some of his most notable movie scores were Lieutenant Kije and Alexander Nevsky.

10. In June 1932, Prokofiev made his way to London’s iconic Abbey Road studios! He made his first record with the London Symphony Orchestra playing his Piano Concerto No. 3. At one point, HRH Prince George visited the studios while they were recording but immediately left because of Prokofiev’s “aggressive style of music.”

What Tragic Ballet Character Are You?